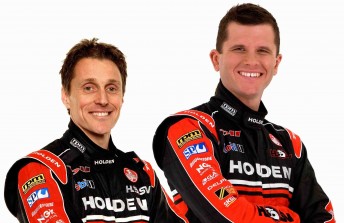 Tander, currently fifth in the V8 Supercars Championship Series, will be partnered by Cameron McConville for the two endurance races.

The Toll Holden Racing Team, and its parent company Walkinshaw Racing, haven’t had a season you’d expect. Tander has been the shining light for the squad, but the team has lost its mantle as the best Holden team in the field.

Can Tander and McConville turn that around for the factory team in the endurance races?

See below for today’s Castrol EDGE Endurance Countdown – only on Speedcafe.com.au