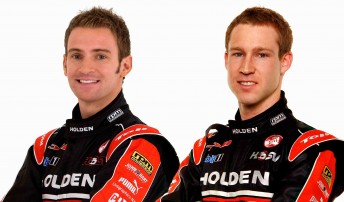 Another Castrol EDGE Endurance Countdown, another V8 Supercars entry that has had a tough 2010 season.

Big things were expected from him this year, but it never came. Bad luck and a slow #22 has been the general problem – and even a new car at Hidden Valley hasn’t been an instant fix.

Could all of this play into Davison and David Reynolds’ hands? Forget the equipment, this is one of the fastest pairing in the field. If they have the car, they could pull of a bit of a surprise.