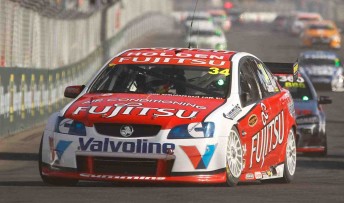 This entry is a strong driver/team line-up that could slip under the radar and deliver a strong result in this year’s V8 Supercars endurance races.

Regular driver Caruso has taken further steps in his development this year, scoring a podium finish in Hamilton, New Zealand, and currently sits ninth in the title.

His team-mate Ritter has plenty of experience and even though he hasn’t been in a V8 race since last Bathurst, he has conducted numerous test and ride days this year. He should be fit to drive …

And in terms of the team itself, there should be no problem. Remember last year, David Besnard and Ritter (driving the second car) were in with a chance of winning towards the end of the race …