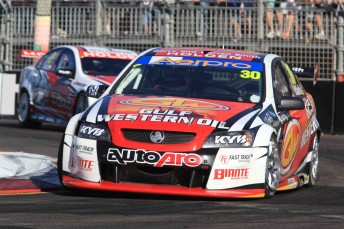 The Lucas Dumbrell Motorsport is a new team in the V8 Supercars Championship Series, and has already had two drivers compete in the Gulf Western Oils-backed car.

Kiwi Daniel Gaunt drove for the first seven rounds of the series before being dropped for Toll Holden Racing Team driver Cameron McConville.

Experienced part-timers Noske and Pretty have been called up for the Phillip Island and Bathurst and will be the only entry in the field without a regular driver.

For Pretty, he has started the Bathurst 1000 on 12 occasions, finishing the race 10 times, including a number of top 10 finishes. Will Pretty’s consistency and Noske’s prowess put this entry in the running?