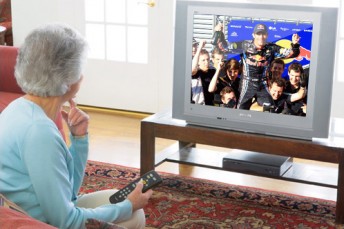 Can Mark Webber win in Belgium?

After last week having to suffer through the Federal Election, all the LIVE motorsports action is back on track!

The summer break for the F1 circus is over! It returns this weekend to one of the great tracks at Spa-Francorchamps in Belgium. This is an old school road circuit with one of the slowest corners in Grand Prix racing at La Source then through to the heart in your mouth Eau Rouge. Spa is awesome and is a favourite of the drivers.

Can Queanbeyan’s Mark Webber do it once again for Red Bull Racing? Tune-in for qualifying on Saturday evening on ONE HD. The LIVE pre-race coverage on Sunday from 9pm, before the race itself LIVE from just before 10pm.

MotoGP is back across the Atlantic at the famed Indianapolis Motor Speedway. The combined speedway and road course circuit had proved tricky in the past, but it will need a magician to stop the rampaging Jorge Lorenzo on the Fiat Yamaha. Could it be Casey Stoner? Also watch out for the ever improving Ben Spies racing in his home country.

Qualifying can be seen LIVE on ONE HD from 3.50am Sunday morning. Then kick-on after the Belgium Grand on Monday morning on ONE HD with the 125cc LIVE from 1.55am, Moto2 at 3am and the MotoGP stars from 4.30am.

Still on bikes and LIVE coverage of the British Superbikes Series from Cadwell Park will be screened on Eurosport from 10pm Monday evening.

This weekend the Sprint Cup is not racing, but Launceston’s Marcos Ambrose will be in action at the Circuit Gilles Villeneuve in Montreal in the Nationwide Series. This track owes Ambrose plenty after he has had victory snatched from his hands in the past three years. Tune-in Monday morning on ONE HD after the MotoGP from Indianapolis at 6.15am.

Will Power last weekend wrapped-up the Mario Andretti Trophy as the road course champion in the Indycar Series, this weekend the boy from Toowoomba heads to high-speed oval at Chicagoland. LIVE race coverage is on ESPN from 9am Sunday morning.

The Intercontinental Rally Challenge (IRC) is in the Czech Republic this weekend and tune-in to Eurosport over the weekend for daily highlights.

LIVE coverage of the Porsche Supercup from Spa is on Eurosport on Sunday evening at 7.45pm. GP3 from Spa in Belgium will be screen on Eurosport from 5pm Sunday afternoon. The Montreal 200 Grand-Am Rolex Sportcar Series can be seen at 8.30am Sunday morning on ONE HD.

V8Xtra is on the road again.  Alex Davison from IRWIN Racing joins Neil Crompton and Mark Larkham as the special guest at the Dreamworld Redline V8 Supercars Experience.  Larko also takes a look inside the engine department at Noonan Race Engineering. The boys will also have a detailed look at the new Armor All Gold Coast 600 track layout. So tune in on Seven from midday.