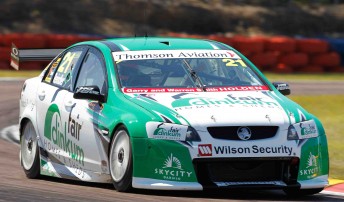 Karl Reindler has done little to impress in his first full-time V8 season, but on the other hand, he’s done nothing to question his worth in the series.

The West Australian has taken a typical ‘Reindler’ approach to the season; learning all the time, getting better with every outing.

For the V8 endurance races, he teams up with David Wall – the reigning Australian GT Champion. This pair enter the race with zero expectation. What can they produce?