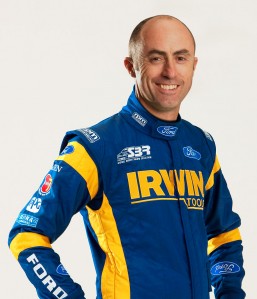 David Brabham will start his 100th American Le Mans Series round at this weekend’s Mobil 1 Grand Prix of Mosport, in Canada.

Brabham had his American Le Mans Series (ALMS) debut in 1999, a year that saw him secure second in the Championship. Since then he has won the title, in 2009, and is in contention to win a second.

In 99 round starts, Brabham’s ALMS statistics are impressive. He is the reigning champion and has enjoyed 23 wins, 13 poles, 58 podiums, 75 top five and 96 top 10 results. Only four times in his ALMS career has he finished a race outside of the top 10.

“I’ve been a part of the Series since the beginning and I’ve done the majority of races in its history.

The significance of starting his 100th ALMS race in Canada is not lost on the super fast Australian driver. Brabham won at Mosport in 2008 and 2009 and his father Sir Jack Brabham also enjoyed success there.

“Celebrating this milestone at Mosport, where Dad took the first Canadian GP victory over 40 years ago means a lot,” said Brabham.

“There’s definitely a family connection with this circuit and the Canadians are always a wonderful crowd.”

In his ALMS career so far, Brabham is the only man in the history of the series to have won and set the pole in GT2, GT1, LMP2 and LMP1. He is also only the second person to have recorded 100 race starts.

Brabham will prepare for the penultimate round of the Championship with a rare test today and is looking forward to the race.

“We have a test on Wednesday (today) which will be very important because we really haven’t been able to test since Sebring,” said Brabham.

“We have two races left in the championship and Mosport will be one of the fastest tracks we go to.

“We ran the new Le Mans aero package at Road America and we now certainly have a lot more information.

“We’ve got a very good aero balance at high speed with reasonable down force as well, so the car’s always pretty strong there (at Mosport).”

Within hours of finishing Sunday’s race, Brabham will make the long trip to Brisbane, via Toronto and Los Angeles, in time for a seat fitting at IRWIN Racing’s Gold Coast HQ next Wednesday, ahead of his first test in the IRWIN Racing Ford Falcon on Thursday (September 2).

Brabham will race with IRWIN Racing at the Phillip Island L&H 500, the Supercheap Auto Bathurst 1000 and the ArmorAll Gold Coast 600.