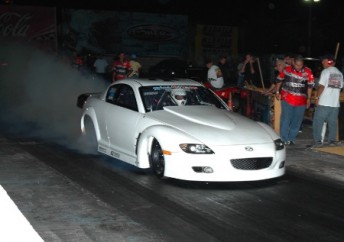 Sport Compact drivers from all across the globe will converge on Queensland’s Willowbank Raceway for the 20th annual Jamboree this weekend.

Two teams all the way from Puerto Rico as well as one from New Zealand will join local drag racers, in a coup for the event as it celebrates its 20th anniversary.

Sport Compact Group and Jamboree Managing Director Ray Box said the Jamboree was set to have something for everyone with an action-packed schedule from start to finish.

“We are so excited at Sport Compact Group to be heading into our 20th consecutive running of the Jamboree event,” said Box.

“Each year this event just gets bigger and better and we now have to cap entries so we can accommodate everyone over the weekend.

“Our visiting international teams represent the absolute best cars and teams in the world today and will be here to test the metal of the best Australian Cars, with over 200 of them arriving from every State and Territory.

“The Jamboree is the epicenter of Custom Car Culture in Australia, the ‘must attend’ event each year for Australia’s wildest and most expensive rides.

“With more than 120 Custom Cars set to feature across the weekend, including Queen Street’s 24 karat Gold Plated BMW M3 which is worth a cool million bucks, there won’t be a dull moment.

“Our Bikini Competitions are infamous and attract thousands of fans each year, there’s also a Babe Competition, Motorcycle Stunt Riders in a specially built Arena, Audio Sound-Offs, Trade Displays, a Technology Centre, Hydraulic Race Simulators and so much more.”