Ambrose set to return to the Ford family

Ambrose set to return to the Ford family 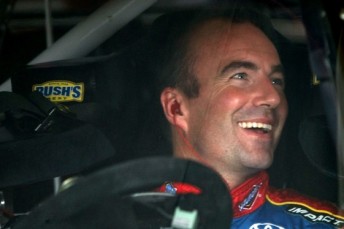 Australian Marcos Ambrose is expected to return to the Ford family in one of NASCAR’s highest credentialed teams when Richard Petty Motorsports announces its 2011 driver line up tomorrow.

After five successful years together in NASCAR’s top touring divisions, JTG Daugherty Racing and Ambrose announced last month they would part ways at the end of the 2010 season.

While there had been many rumours floating around, including a possible return to Australia in the V8 Supercar Championship – in which he is a two-time champion, the strongest link has always been to the Richard Petty Motorsports squad, which fields Fords built by Roush Fenway Racing.

Speedcafe.com.au understands that Ambrose will tomorrow be announced as the replacement for the departing Kasey Kahne in a Richard Petty Motorsports entry for 2011, with Kahne destined for Red Bull Racing next season ahead of his move to Hendrick Motorsports in 2012.

The anticipated announcement will see Ambrose return to the ‘Blue Oval’ brigade aboard a Ford Fusion with sponsorship also to be announced tomorrow.

His career-best Cup finish is a second-place finish at Watkins Glen International last season. Currently Ambrose has three top-10 finishes and is 26th in the driver points standings after 23 starts this season.

While Ambrose is focused on completing the 2010 NASCAR Sprint Cup Series with JTG Daugherty Racing, with the next race being the IRWIN Tools Night Race at Bristol this weekend, he has also been slated for a one off appearance in Australia at the Sydney Telstra 500. Click here to see Speedcafe.com.au’s story on Ambrose’s possible return in December.