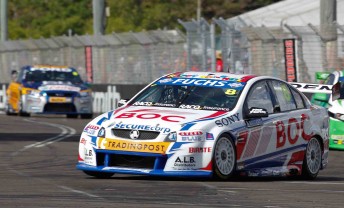 It hasn’t been a great season for Jason Richards, but it hasn’t been a disaster either, and approaching the most important races of the year, the Kiwi flyer will be keen to add some more enduro silverware to his mantle.

Richards is somewhat of a Bathurst specialist, having finished second three times in the past five years. Can he go one better this year?

There should be no question marks over his team-mate, although Jones has had his Mountain mister miners before.