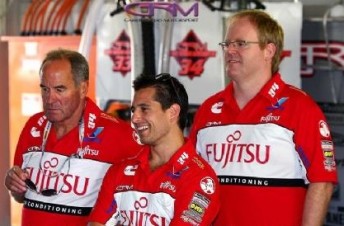 Chris Harris, who has been with the GRM squad for two years ago, has been assigned as the team manager, effective immediately.

Harris is a former General Motors employee before joining the V8 Supercars circus. He has been the race day engineer for both Lee Holdsworth and Michael Caruso.

Team owner Garry Rogers says that he is pleased to have promoted within his own ranks.

“While Chris may lack a little experience in terms of years that some of the other applicants possessed, I believe his common sense approach, his understanding of the requirements of the team as a whole and his ability to work with all the team I believed to be a big plus,” Rogers said. 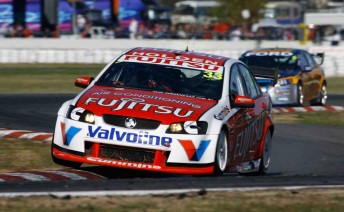 “I started my own business in 1965 and since that time have employed hundreds of people in our various business’ along the way. I would have to say that some of the most successful employees that have passed through our business have been younger people that we have employed and when positions have come available, have given these people an opportunity to progress through the ranks.”

Harris says he is proud to lead a “smart bunch of guys.”

“I am very happy that I am successful in gaining the position,” he said.

“I had thought about whether to apply or not as I was aware that I did not have vast experience, however after speaking with Shirl and a couple of the other blokes at the team, I believed that I could be successful, as the hard work of establishing a great workforce had already been done.

“I have been working with these people for nearly two years, they are a smart bunch and we all get on well, so I went for it.”