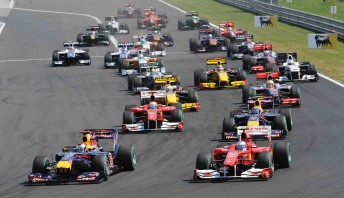 A draft 2011 Formula One World Championship calendar has been released by the World Motor Sport Council.

The draft calendar features a 20-race fixture – the largest-ever Formula One calendar.

The extra race added to next year’s provisional calendar is the Indian Grand Prix, scheduled for October 8-10.

Like the 2010 season, Bahrain and Australia kick off the championship, with the Australian race scheduled a week later than this year.

Other significant changes include Korea’s race, which could take place in late April, instead of October as it will be this year. As per the rotation system in place, the German Grand Prix reverts to the Nurburgring.

There are five back-to-back races scheduled, plus a three-week summer break.