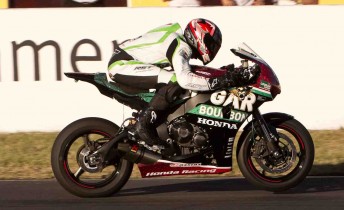 The Australian Superbike Championship will join the V8 Supercars Championship Series as a support category at the upcoming L&H 500 at Phillip Island (September 10-12) and the Falken Tasmania Challenge (November 12-14).

The Superbikes were a part of last year’s L&H 500, and on the back of that success, the premier four and two wheel Australian racing categories have teamed up again.

V8 Supercars Australia CEO Martin Whitaker said the inclusion of Superbikes as a support category to the V8 Supercar schedule.

“Aside from the fact that the event leads up to the iconic Supercheap Auto Bathurst 1000, the fast and flowing nature of the Phillip Island circuit always guarantees spectacular racing for our fans.

“Last year the bikes were an ideal addition to the event, so it made sense to ensure they were contributing to the action again this year.

“Last year the Superbike Championship came down to the final round so we are hoping that bike fans will come out in force, not only at the L&H 500 Phillip Island event, but also at the Falken Tasmania Challenge where their Champion will be crowned.”

“Our riders are really excited about the L&H 500 Phillip Island, it’s always a great atmosphere when we race at a V8 Supercar event,” Williams said.

“Teaming the V8 Supercars with the Superbikes provides a different dynamic for both sets of fans. Last year when the bikes were on track at Phillip Island pit wall was lined with spectators from the V8 Supercar teams, including all the drivers who were really keen to get a piece of bike action.

“Our riders can’t get enough of Phillip Island, it’s fast and flowing and a great location for spectators to come and watch some of the best motorsport in the country.

“We are really looking forward to an exciting weekend of racing not only at the L&H 500 Phillip Island event but also to crown our Champion at the Falken Tasmania Challenge,” Williams said.

The L&H 500 Phillip Island kicks off the V8 Supercars Season of Endurance where two drivers pair up to tackle the demanding 500km race.