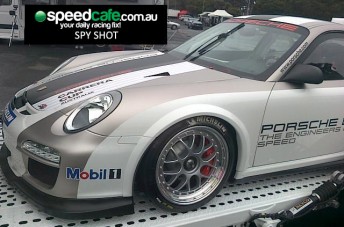 Carrera Cup has been missing from Australia since the end of 2008 after its category administrators Sherrin Motorsport went into liquidation.

It had always been Porsche Australia’s intention to return Carrera Cup to local race circuits, and today’s track test – conducted by seven-time Bathurst 1000 winner and Porsche stalwart Jim Richards – could be a sign that the one-make series could return sooner rather than later. 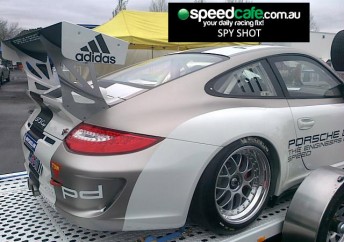 Due to Sandown’s notoriously strict noise regulations, Speedcafe.com.au understands that the purpose of today’s laps was to allow Carrera Cup officials to evaluate a new exhaust variant on the Porsche to ensure it registers noise levels below the required level.