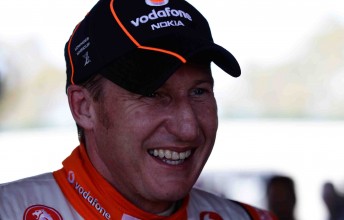 V8 Supercars champion Mark Skaife has revealed that he considered prolonging his driving career by taking a year off, before ultimately retiring from full-time competition at the end of the 2008 V8 Supercars Championship Series.

Skaife’s thoughts on his full-time future, his ownership of the Holden Racing Team, plus much more, have been published in his new book – Skaifey, Life in the Fast Lane.

The five-time Australian Touring Car Champion says that while dealing with the pressures of owning HRT, he had considered taking a year off to get the business sorted, but that ultimately his father, Russell Skaife, convinced him that a comeback after a year on the sidelines would not be ideal.

“At one stage, I contemplated taking a year off, just to concentrate on running the team, and come back and drive another year later,” Skaife writes in his book. 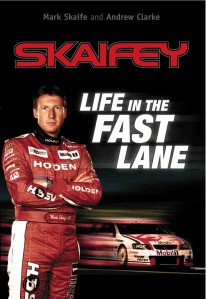 Skaifey – Life in the Fast Lane

“But Dad didn’t think you could have a sabbatical and comeback and operate at the level that we were at or at the expected level based on the competition improving.”

“I believe (Wilson) has very little understanding about the actual racing in motor racing and the very personal nature of driving a racing car at the highest level,” Skaife says.

“(He) often tended to wind me up further.”

He also delves deep into his business, marketing and commercial challenges that he faced, including a period in the early 2000s where he was being earmarked as the future boss of Holden Special Vehicles.

“I remember a two-hour meeting with Ross McKenzie at Holden about going and doing some Harvard Business School courses and what GM could help me with in terms of external business seminars,” he writes.

“We were already on the case of thinking about what the next stage of post-driving might have looked like. To be absolutely frank, a lot of that thinking was totally about me going on to be managing director of HSV when John (Crennan) stepped down.”

Besides co-driving with Craig Lowndes in the #888 TeamVodafone Commodore VE at Phillip Island and Bathurst this year, Skaife is now an integral part of V8’s television commentary team, one of V8 Supercars’ independent board members, amongst other duties outside the sport.

Skaifey, Life in the Fast Lane has been co-written with Andrew Clarke and will be available for $34.95 from Monday, August 2.