Mopar power on show this Sunday

Mopar power on show this Sunday 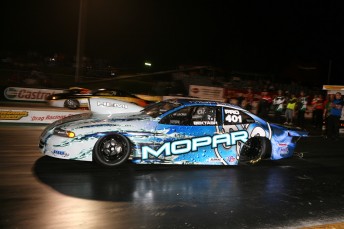 In excess of 350 Chrysler cars are expected at Willowbank Raceway this Sunday for the eighth annual Mopar Sunday.

The event will feature 120 plus Chrysler vehicles on track – including drag cars such as Pro Stock racer Lee Bektash fresh from his fastest ever Pro Stock run at the Winternationals – as well as modified streetcars, stock rides and Nostalgia front engined Mopar dragsters.

Off the track, organisers expect several hundred classic and modern vehicles on display as part of the Show and Shine and also a strong participation in the Dyno Shootout.

Event Organiser Sam Tatton said that what started out as a birthday bash for long-time Chrysler/Mopar appreciator Jim Tatton has developed into an annual pilgrimage for more than 350 owners of the American marque.

“Originally this event was just a gathering of a group of passionate car owners to celebrate Dad’s birthday and it has continually grown over the years, this year we expect that there will be upwards of 350 Chrysler cars in action on the track and in the Meguiar’s Show & Shine,” said Tatton.

“There will be all day drag racing – with 120 plus Chrylser vehicles including dedicated drag cars, modified street cars and stock rides as well as several Nostalgia front engined Mopar dragsters on the track across the day.

“On top of that we expect several hundred classic and modern vehicles on display as part of the Meguiars Show & Shine, as well as a Dyno Shootout taking place for the horsepower hero’s of the day, trade sites and exhibits, a special Mopar Masters tent – an invite only arena for some of the best Mopars in Australia – and also a dedicated Jeep section with off road exhibits, vendors and merchandise.

“It is a great enjoyable day for all of the family and I really encourage everyone to come to Willowbank and take in all that is Mopar this Sunday!”

Spectator gates open at 7.00am with on-track action beginning at 9am. Admission is $25 for adults with Children aged 13 and under free. For more information on Mopar Sunday, the full program or entry details, please visit www.moparsunday.com