Loeb and Ogier re-sign with Citroen

Loeb and Ogier re-sign with Citroen 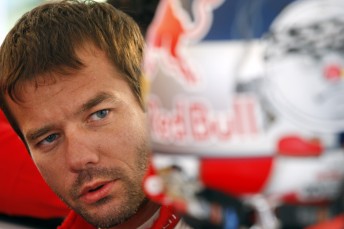 Citroen Racing has signed fresh contracts with six-time World Rally Champion Sebastien Loeb and young star Sebastien Ogier to keep both drivers at the French squad in the 2011 WRC.

The new deals bring an end to speculation that Loeb was considering retiring at the end of this season, and means Ford have failed in their bid to lure Ogier into a Fiesta next year.

Loeb, who joined Citroen Racing in 2001, has signed a one-year deal for 2011 – the first season with the new 1600cc DS3 World Rally Car – while Ogier’s contract keeps him there for the next three seasons.

“Citroën Racing has been preparing for the future with Sébastien Ogier for some time now. This is why we wanted to sign a contract with him for the next three seasons.”

Not content to have the greatest set of results in the history of rallying, Sebastien Loeb is still as hungry as ever for more victories and titles. His experience, his race intelligence, and his capacity to get 100% out his cars, will be all the more crucial as we’ll have a new car next season.

“My contract with Citroen allowed me to stop at the end of this year. But my motivation and my will to win are still as strong as ever,” said Loeb. 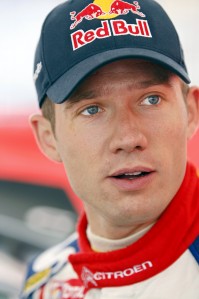 “The 2011 season will be my eleventh in the works Citroen colours. I think that the world championship will be a very interesting one, as the arrival of a new generation of cars will reshuffle the cards among the manufacturers.

“Of course, it’s no secret that we’re already working flat out on the new Citroen DS3, and I can’t wait to see where it stands in relation to its rivals. In the meantime, winning my seventh consecutive world title is my main objective.”

Ogier had received offers from both Ford and Citroen, but did not take long to decide to remain with his current employer.

“I’d like to thank Citroen for renewing its confidence in me, and what’s more, for three seasons,” he said. “I made my world championship debut with this team, and I’ve always said that my priority was to stay with them.

“I’m thrilled at the idea of driving the new generation World Rally Cars, and of defending the colours of the make at the topmost level. Like Sebastien, I’m fully concentrated on the end of this season starting with the Finnish Rally, where I’ll be part of the Citroen Total World Rally Team for the first time.”

There’s no 2011 contract yet for Loeb’s Citroen team-mate, Dani Sordo but Quesnel confirmed his intention to keep the Spaniard.

“He is still part of our plans for next year, but we have to finalise our budgets before announcing the full programme,” said the Citroen boss.

The next round of the WRC is the Rally Finland from 29-31 of this month.