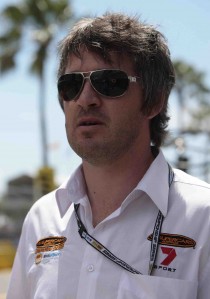 White replaces the out-going Kurt Sakzewski, who has taken on the role as Event manager for the Armor All Gold Coast 600.

The role will see White work closely alongside Director of Racing Adam Perry.

White, the former operations manager for the Fujitsu V8 Series, is delighted to have received the promotion.

“My role is just about working with the Championship Series teams to make sure that the sport side of the business runs smoothly,” he told Speedcafe.com.au.

“It is going to be a very similar role to what I had in the Fujitsu Series, but just with an expectation of a more immediate response. These guys race twice as often, and the decisions that you make have a wider-reaching affect.

“The whole department that we’ve got under Adam Perry has to make sensible decisions, work with the teams and make sure the right outcomes are achieved.

“I will also still have a lot to do with the Fujitsu V8 Series. I was a part of crafting it back into a very healthy category, and we’re not going to let that slip.”

V8 Supercars Australia is now on the hunt for a co-ordinator for the Fujitsu V8 Series to replace White.

White is a former racer, winning the Yokohama V8 Utes title twice and competing for a number of seasons in the Fujitsu V8 Series.