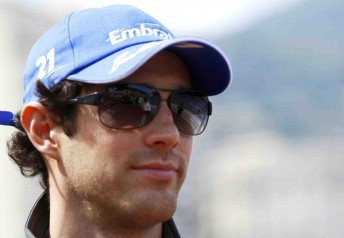 Bruno Senna has been replaced for this weekend’s British Grand Prix at Silverstone’s new ‘Arena’ circuit.

The Brazilian driver, nephew to the late-Ayrton Senna, will be replaced by Hispania test driver Sakon Yamamoto, who will compete alongside Karun Chandhok.

According to Autosport.com, details of Senna’s replacement will not be made official until Friday morning (UK time).

The deal for Yamamoto to drive for the newly-established F1 team is for Silverstone for the time being.

Yamamoto’s entry for Hispania at Silverstone will be his first Formula One race since 2007 where the Japanese drive competed for Spyker in selected races.