Kubica signs with Renault until 2012

Kubica signs with Renault until 2012 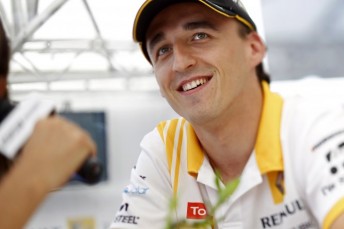 Robert Kubica will stay with Renault until the end of 2012

The Renault F1 Team has announced that Robert Kubica will remain with the team until the end of the 2012 season.

The 25-year-old Pole has enjoyed a solid first half of 2010, scoring two podium finishes (Australia and Monaco), and currently lies sixth in the world drivers’ championship.

The Pole said that in light of the team’s better than expected results this year, the decision to stay was a simple one.

“It was a straightforward decision for me to continue with a team where I feel at home,” Kubica said.

“What’s important for me is to be in the right atmosphere, with a good group of people, where everybody is pulling in the same direction. This is what we have tried to build from the beginning of my time with Renault.

“I think we have already achieved a lot together, and I believe that with plenty of effort, time and the right approach, we can move even further forward.”

“We are delighted that Robert will remain with us for the next two seasons and I would like to thank him for the faith he has shown in this team,” he said.

“There have been many rumours surrounding his future in recent weeks, which were a tribute to how well he has driven this year, and we are very happy to have agreed a multi-year deal.

“Our clear goal is to become title contenders over the next two years. To do so, we need a driver of Robert’s caliber – somebody who is fast, totally committed and doesn’t make mistakes. His performances during the first half of the 2010 season were flawless, and we hope to achieve great things together in the future.”

The Formula One circus gets back in action this weekend at Silverstone for the British Grand Prix.