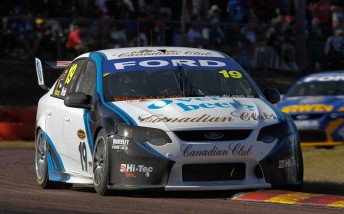 V8 Supercars Australia CEO Martin Whitacker says that the new deal with Coca Cola Amatil is another big achievement for the category. “Having Coca-Cola Amatil and energy drink Mother supporting our sport is an amazing accolade and recognition that V8 Supercars Australia is an international player on and off the track,” Whitaker said.

“Coca-Cola Amatil’s extensive range of products means it can serve our big on-track audiences as well as the major flow-on benefits and exposure for the company.

“It further underpins just where V8 Supercars sits in the landscape given the fact that the sport and its teams write some $110 million in sponsorship income each year. It is an important part of the Australian leisure landscape.”

Mother marketing manager Nick Brock says that the Mother brand and V8s is the perfect fit.

“These days, the typical bloke has less and less opportunity to cut loose and blow off a bit of steam,” he said.

Mother will also be on the grid, announcing a major sponsorship of Dick Johnson Racing team’s third car driven by the 2009 Fujitsu Series Champion Jonathon Webb.

The reigning Fujitsu V8 Series Champion is pleased to have the energy drink on board.

“I am very excited to announce that we have signed Mother Energy Drinks as our main car sponsor,” Webb said.

“We’re thrilled that Coca-Cola Amatil through its ‘Mother’ brand, has shown us this support. This is the start of a long and powerful partnership.”

The new look black Mother-branded Ford will be first seen at the Sucrogen Townsville 400 on July 9.