Will Power takes fifth pole of the year

Will Power takes fifth pole of the year 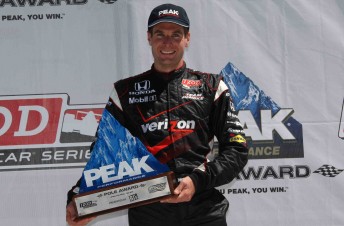 Team Penske and IZOD IndyCar Series points leader Will Power have dominated qualifying for the Camping World Grand Prix at The Glen.

It is Power’s fifth PEAK Performance Pole Award of the season.

Power’s top lap of 1m29.3164s in the No. 12 Verizon Team Penske machine kept Team Penske’s perfect pole record over the six years of this race at Watkins Glen International.

It was the first time this season one team has swept the front row in qualifying.

Power said after the session that he wants to convert his grid slot into a race win.

“Yeah, it’s awesome to have the Verizon car on pole again,” he said.

“We’re certainly racking them up, but we’ve got to get the race win. It’s such an advantage to get a win with the way the points are structured. We’ll focus on the race and see if we can get it done.”