Priaulx signs on for Race of Champions

Priaulx signs on for Race of Champions 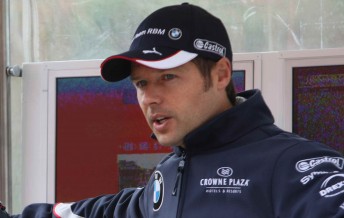 Priaulx, a three-time FIA World Touring Car champion and currently third in this year’s WTCC, will drive with TeamVodafone on the streets of the Gold Coast in the inaugural ‘international’ V8 Supercars race.

This year marks Priaulx’s fifth-consecutive year that the Guernseyman has taken part in teh Race of Champions. His best result came last year in Beijing, where he partnered fellow Brit Jenson Button to the final of the ROC Nations Cup. They narrowly lost out to Team Germany (Schumacher and Vettel).

“Every year the Race of Champions gets stronger and stronger – and this year is going to be an amazing event,” he said.

“It will be great to be racing in Germany with Schumacher and Vettel and so many other big names. I always thoroughly enjoy the weekend. I was told it was good fun but the racing is pretty intense and always competitive. The atmosphere in the stadium is special too. This year’s Race of Champions is going to rock …”

The annual end-of-season competition brings together the world’s greatest drivers from motor sport’s most prestigious disciplines and pits them head-to-head in identical machinery.

See below for 2010 Race of Champions preview video.