Reynolds to race in Bundy colours in FNQ

Reynolds to race in Bundy colours in FNQ David Reynolds will race a Bundaberg Red Racing Commodore VE in the Fujitsu V8 Supercars Series at Townsville next weekend.

The Melbourne-based driver is no stranger to the Bundaberg Rum brand having raced full time with Walkinshaw Racing in a Bundy Red Racing Commodore in 2009.

Reynolds said he is thrilled to be back in a V8 Supercar after the Walkinshaw Racing team confirmed today that he would take part in a one-off round of the Fujitsu Series before suiting up in one of the four WR Commodores for Phillip Island, Bathurst and possibly the Gold Coast street race. 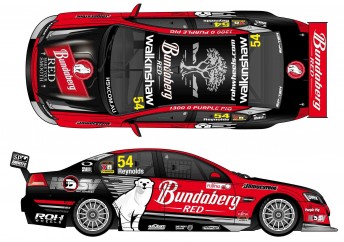 “I am really thrilled to have the opportunity to get back into a Walkinshaw Racing Commodore,” Reynolds said.

“To line up as an endurance driver in one of these cars you really need to be on top of your game and nothing compares to actual racing miles in the car.

“I am also really honoured to have the support of Bundaberg Red. We had a fantastic association last year and it is a brand that evokes huge passion amongst the fans so it is great to be driving for them again.”

“David Reynolds was a great ambassador for us last year, and we are thrilled to have him back in the Bundy Red colours in Townsville”

“I know the guys at Walkinshaw Racing really well so it should be like stepping back into familiar territory,” Reynolds said.

“I really enjoyed the Townsville event last year and the circuit was outstanding so now I just can’t wait to get back there,” he said.

The Sucrogen Townsville 400 kicks off on Friday, July 9.