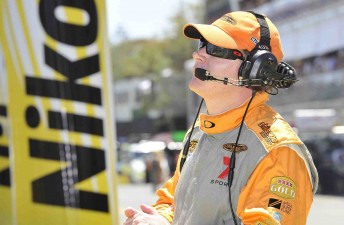 V8 Supercars Australia is on the hunt for a new Motorsport Operations Manager after Kurt Sakzewski has left the position, taking a new role as Event manager for the Armor All Gold Coast 600.

Sakzewski will finish up his eight-year stint as V8’s Operations Manager at the conclusion of the Sucrogen Townsville 400 next month.

As well as the Gold Coast 600, part of Sakzewski’s portfolio will be a role in next year’s Hamilton 400 in New Zealand. V8 Supercars will promote both the Gold Coast and Hamilton street races for the first time.

He told Speedcafe.com.au that it was a good chance to remain with V8 Supercars while having a career change.

“After eight years of doing operations for V8s, I was ready for a change,” he said.

“It’s one of those things where you see an opportunity and I was thinking it was a good chance to take tackle something different. It’s a chance to expand my skills and I’m really looking forward to it.

“After coming from the promotor side of the fence back in the day, it’s a bit of a return to that position.

“V8 Supercars Events has put on four new staff for the Gold Coast race. With Hamilton, there will be an event manager on the ground over there, but I’ll be working with Shane Howard (Chief Operating Officer of V8 Supercars) from this side of the ditch to make sure that we get that event pumping and turn it into one of signature events.”

V8 Supercars will review the Operations Manager position in the coming weeks before sourcing a new person for theposition. V8SA hope to have that place filled before the L&H 500 at Phillip Island in September.