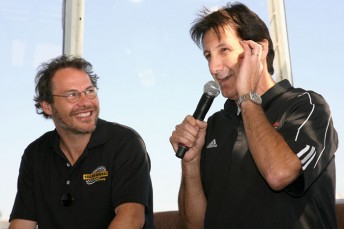 Jacques Villeneuve will make his NASCAR return next month when the Canadian make the first of two starts in the 2010 NASCAR Nationwide Series on road course circuits for Braun Racing.

The former Formula One World Champion and Indy 500 winner will return to the team’s #32 Dollar General Camry for the two events, having finished fourth in the same entry in Montreal last season.

Villeneuve will race in NASCAR’s second tier series at the road course events at Elkhart Lake, Wisconsin as well as returning to the Montreal event at the Circuit Gilles Villeneuve, named after his famous father.

The Road America circuit at Elkhart Lake was the site of Villeneuve’s first CART victory back in 1994, with the Canadian also taking out that race in 1995, the same year he won the Indy 500. 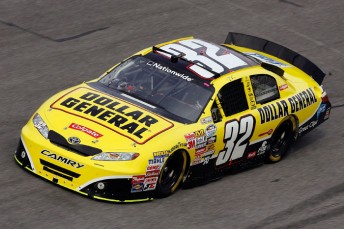 Villenueve will drive the #32 Dollar General Camry for Braun Racing

Villeneuve attempted to race full-time in the Sprint Cup Series for Bill Davis Racing in 2007 after leaving Formula One, but that campaign was short lived as Davis’ team ran out of funding after just two races.

“It’s great to be back driving with Braun Racing and Dollar General,” said Villeneuve, who also has two Nationwide Series starts to his name.

“Racing again after an exciting and fun race last year in Montreal, and now to also be doing the race at Elkhart Lake (Road America) where I won my first Indy race is going to be full of good memories! I am very much looking forward to it!”

These two races will also keep Villeneuve in touch ahead of his appearance at the Armor All Gold Coast 600 in Queensland this October, where he will partner Paul Dumbrell in the #55 Bottle-O Ford Falcon.

The Road America event will be particularly attractive for Villeneuve, given very few of the drivers in the Nationwide Series field will have prior experience at that tough circuit and that only a few Sprint Cup drivers will be present at that race, given it falls on the same weekend as the road course race in Sonoma, California.

Another Canadian road course ace to sign on for the Nationwide Series events in Elkhart Lake and Montreal is Ron Fellows, who will again drive for JR Motorsports, this year in the #88 Chevrolet.

Australian Marcos Ambrose has not confirmed his Nationwide Series schedule for the road course events, but is almost certain to defend his crown as the winner of the last two Nationwide Series races at Watkins Glen.

Ambrose, however, is unlikely to race at Elkhart Lake as he concentrates on Sprint Cup commitments at the Infineon Raceway road course over 2000 miles away in California on the same weekend.