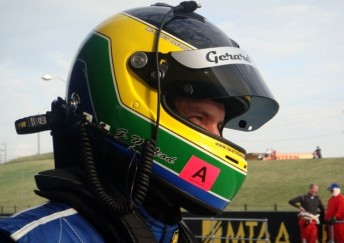 Fujitsu V8 Series driver Marcus Zukanovic and his regular crew chief will take on different roles at this weekend’s round of the Commodore Cup National Series at Mallala Motor Sport Park.

Gerard McLeod, 26, will take the reins of Zukanovic’s #71 Action Racing Commodore Cup entry, making his debut in the category, while Zukanovic will take control of his team’s crew.

The Commodore Cup is running as part of the fourth round of the Shannons Nationals Motor racing Championships at the South Australian circuit.

McLeod, the son of 1987 Bathurst 1000 winner Peter McLeod, had a shakedown run at Winton last week and is looking forward to making his circuit and category debut.

“Commodore Cup is a category I have always wanted to compete in, and when the opportunity became available at Action to have a run at Mallala I had to jump at it,” he said.

“The car was great to drive (at the test). It was very different to the last car I drove so it took a while to get used to the brakes and the tyres but in the end I was happy with pace we ended up with.

“It will be a great having Marcus on hand to guide me along on the weekend. He’s a previous series champion and has knows everything about these cars.”

The race format for Commodore Cup will be two 30 minute races which feature a compulsory pit stop in each race to replace one tyre using only a standard wheel brace.