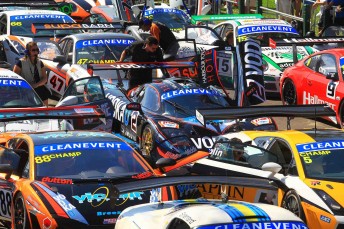 The Armor All Bathurst 12 Hour organisers have confirmed its race date and broader vehicle eligibility list for the 2011 event.

The date locks the event into its position as the first race on the Australian motorsport calendar – a position it has held for five years.

“The Armor All Bathurst 12 hour has established itself as the first major event on the Australian Motorsport landscape each year,” promoter James O’Brien said.

“The early February date keeps us clear of other major motorsport events and offers both competitors and fans with a unique event, at the most iconic circuit in Australia, to start the year.”

More than 100 different models representing 31 manufacturers will make up a new eight-class structure.

The list ensures that brands like Ferrari, Lamborghini, Aston Martin and Porsche will return to endurance racing at Mount Panorama alongside existing mainstays from Mitsubishi, BMW, Ford and Holden.

The February date ensures that the Race will also be held before the European GT season begins, permitting a limited amount of international entries the opportunity to compete at Mount Panorama against our domestic competitors.

“To say we are excited about the list of vehicles eligible to race in the 2011 Armor All Bathurst 12 Hour is an understatement, it will be the most diverse field in Australian motorsport,” James O’Brien said.

“This years’ race featured around 20 different makes and models and with the addition of vehicles from the Australian GT Championship that is set to increase dramatically.

“Race fans will now get the opportunity to see cars like the Ferrari F430, Lamborghini Gallardo, Porsche 997 and Aston Martin DBRS9 racing with the cars that have already established their reputations in the Armor All Bathurst 12 Hour such as the Mitsubishi Lancer Evos, HSV Commodores and BMWs down to Toyota Celicas and Renault Clios.

“The sight of a full field thundering into turn one just after 6:30am on Sunday, 6 February 2011, should be a sight to behold.”

Eligible cars for this class are yet to be determined by event organisers.