Castroneves sets the pace at Indianapolis

Castroneves sets the pace at Indianapolis 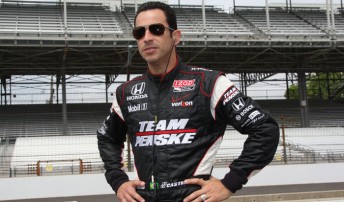 Three-time Indy 500 winner Helio Castroneves has set the pace on the opening day of practice for the biggest event on the IndyCar calendar in Indianapolis today.

Castroneves, attempting to become just the fourth man to win four Indianapolis 500 crowns this May, topped the timesheets ahead of Target Chip Ganassi Racing team-mates Dario Franchitti and Scott Dixon.

The Brazilian was pleased to kick off his 2010 Indy campaign on a high note.

“It’s always good when you start with a positive wave, there is certainly still a lot of work to go,” said Castroneves.

“Absolutely, to start in a positive way certainly makes us feel good about where to go. It was just the right time at the right moment.”

By far the busiest man at the Brickyard today was Andretti Autosport driver Tony Kanaan, with the Brazilian veteran shaking down all five of his team’s cars at the 2.5-mile speedway today.

It made for the unusual situation where Kanaan, who has yet to win at Indy, with the fifth, sixth, 15th, 16th and 25th fastest times of the day – see full results below. 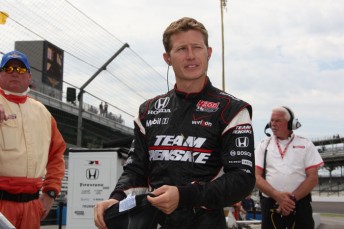 “So they voted me the guy to do that. They tell me it;s because I’m a veteran, but usually that means you’re old, and I definitely don’t see myself that way, so I’m not sure. But I’m glad to do it, and I think we’ve got a good idea of where we are as a team and where we need to go for the 7-Eleven car.

Aussie ace Ryan Briscoe was pleased to get back to Indy.

“It was good to be out on track,” said Briscoe.

“It felt great to be turning laps at the Speedway on opening day. There were a lot of familiar faces and a lot of fans. Today was a good smooth start for Team Penske to the beginning of this year’s Indianapolis 500.”

IndyCar Series points leader and fellow Australian Will Power said he felt more comfortable than ever at the Speedway today given his new level of speed and experience.

“We went out in our T car today for the first practice of the month, and I felt very comfortable,” said Power. 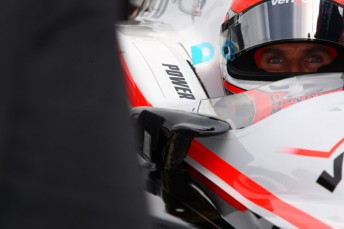 “I have more IndyCar experience now, and it felt very natural to get back to work in the Verizon car here at Indy. We’re definitely happy with the season so far, but the only thing we’re focused on now is being quick here.

“Verizon partnered with our team last year and we were able to finish fifth in the Indy 500, so I’m excited to be back and to have the chance to improve on what we accomplished last year.”

Kiwi champ Scott Dixon said that Day One in this year’s month of May activities was all about preparation, rather than outright speed.

“We basically just ran the backup car today to shake it down,” said Dixon.

“We were pretty conservative on the setup, especially on the downforce levels. All we wanted to do was make sure it ran properly.

“We put it away, and the Target team will switch over to the primary car tonight. We expect to run the same program tomorrow with the primary, then go to full runs starting on Monday.”

Canadian Alex Tagliani did not take to the track today in his #77 FAZZT Race Team entry as he is still recovering from a recent bout of bronchitis, which saw him hospitalised for 48 hours.