Whincup on provisional pole for Race 11

Whincup on provisional pole for Race 11 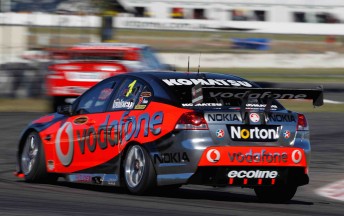 Jamie Whincup has set the provisional fastest time in qualifying for Race 11 of the V8 Supercars Championship Series at Winton.

The TeamVodafone driver set a time of 1:22.2388s, just a tenth off Garth Tander’s outright qualifying record from 2009.

Lee Holdsworth was also further back than he’d like to be in 16th place.