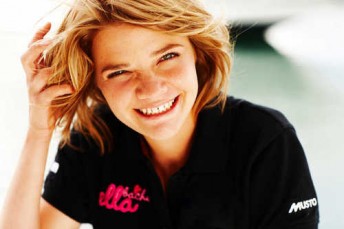 Network Seven’s coverage of the V8 Supercars has been delayed due to the late arrival of round-the-world solo sailor Jessica Watson.

The 16-year-old was due to arrive in Sydney at 11am but was delayed. Network Seven continued live coverage of Watson’s arrival, forcing today’s ‘as-live’ V8 Utes race to be ditched.

The coverage of the V8 Supercars race today will not be affected, as Watson’s live coverage has been moved to 7TWO – Network Seven’s second digital channel, to allow today’s V8 Supercar action from Winton to air on Seven.

V8 Supercars Television executive produced Murray Lomax told Speedcafe.com.au that arrangements will be made with V8 Utes to make up for the missed live race.

“It’s been a juggle. We’d already made the (V8 Utes) extra program, but you can’t pull out of a program that’s live on air to run the Utes – we’ll have to work out on something with the Utes,” Lomax told Speedcafe.

“In two weeks time, there is a one hour Utes program that is post-produced out of this particular events, but we’ll have to work on some aspects of the deal with the Utes to see what we can do with it.

“Somewhere, there’ll probably be another coverage of a live V8 Utes race, but it won’t be from this weekend.”

The coverage of Watson’s Sydney arrival has been much-anticipated. Seven, the Nine Network and Network Ten have shown the event live, but both Seven and Ten have both dropped the coverage from their main channels and switched coverage to Seven Two and ONE HD respectively, Seven for the V8 Supercars and Ten for AFL.