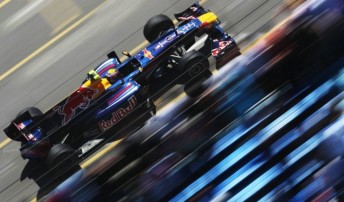 In all of the practice sessions, only tenths of a second separated the leading drivers, but in qualifying, the Australian driver smashed his opposition, beating Renault’s Robert Kubica by nearly 0.3s.

Ferrari’s Felipe Massa took fourth place, while his team-mate Fernando Alonso will start from pit lane after a heavy crash in Practice 3 ruled him out of the running. Due to the accident, Ferrari will have to build up a new chassis for him to compete.

The sixth round of the Formula One World Championship will start at 2pm (local Monaco time). Australian viewers can tune at 9.50pm on ONE HD for live race coverage.