What’s on the Box this weekend?

What’s on the Box this weekend? 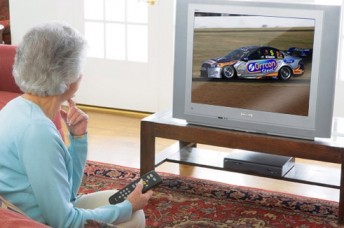 All race fans can now find out 'What's on the Box'

In continued efforts to make sure motorsports fans never miss a moment of action, Speedcafe has extended its TV Times section of the website.

In addition to that, we will send out ‘What’s on the Box’ ahead of each weekend.

With Australian-based Free-To-Air and Pay TV networks airing so much motor racing, Speedcafe will give you the pick of the bunch.

Most motorsport is telecast LIVE or at least the same day; but if you miss out check the TV Times sections for replays during the week.

This weekend there is plenty of must-watch races:

The V8 Supercars are at Winton Motor Raceway and you can catch Seven’s telecast on both Saturday and Sunday. As well as the Seven telecasts look out for replays on Foxsports during the week.

Formula One visits the famous streets of Monte Carlo in the Principality of Monaco. ONE HD will telecast qualifying on Saturday evening, followed by a one-hour pre-race show and LIVE race coverage on Sunday night.

As well as all the LIVE programming, race fans can catch the likes of NHRA and ANDRA drag racing, AMA Supercross and a full wrap-up of Rally NZ throughout the weekend.