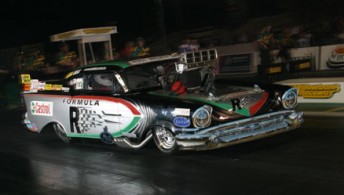 Castrol has ended its long-standing sponsorship with Victor Bray

Castrol Lubricants’ long-standing sponsorship and partnership with Victory Bray has come to an end.

A change in investment priorities will see Castrol relinquish its naming rights sponsorship of Team Bray Racing at the end of 2010.

Castrol Lubricants’ Marketing Director, Andrew Johnson, said the company had made a difficult decision after a detailed review of its sponsorship properties.

“The Castrol/Team Bray partnership is probably one of Australia’s longest running sponsorships and during that time we have enjoyed immense success on and off the race track,” Johnson said.

“Victor and his son, Ben Bray, are great race car drivers, but even better people who have always been willing to help us in our business.

“Our sponsorship investment priorities have changed in recent years meaning we needed to make a very tough decision to not continue as naming rights sponsor beyond this year.”

Castrol will remain a supporter of the team with product supply and technical assistance.

“My relationship with Castrol as major sponsor has been a life changing relationship, but all good things must come to an end at some stage,” Bray said.

“I feel fortunate and am thankful to Castrol and all the staff over the past 20-plus years for the help and friendship they shown towards me, my family and my race team.

“We had some great times, set plenty of national and world records, and won

“I also saw my son Ben begin his racing career under the tenure of Castrol sponsorship.

“I feel that both myself and Castrol as a company enjoyed many benefits out of the relationship and am proud of my time with them.”

2002/’03 Top Doorslammer Championship under the Castrol banner in his debut season.