Courtney sprints into the distance at QR

Courtney sprints into the distance at QR 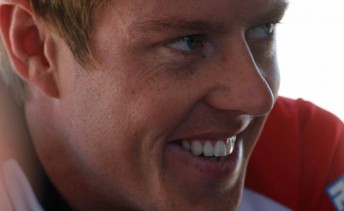 Race 9 winner James CourtneFord has taken its first V8 Supercars Championship Series win in 2010, with James Courtney winning Race 9 of the championship in the Ipswich 300 at Queensland Raceway this afternoon.

While it was Courtney’s second race victory for the year, it was the first ‘championship’ round win.

Courtney’s win was the icing on the cake for Dick Johnson Racing, which had all three of its cars finish inside the top 10 (Steve Johnson sixth and Jonathon Webb 10th). Also, it was DJR’s 75th career race win.

“Apart from a few dramas, it was flawless right from the start. I had a lot of speed. I sat behind Garth at the start to see what his speed would be like. He was running a bit slower than I though we had to. I got past him and set my own rythm and my car held onto its tyres and had a good margin at the end. It’s a good feeling, very nice.”

Championship leader Jamie Whincup fought back from his worst qualifying result of the season (12th) to finish fourth.