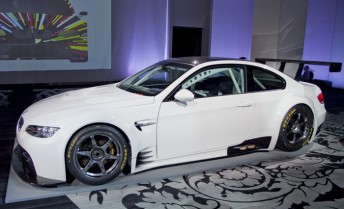 BMW will enter the DTM with its M3 model from 2012

BMW has confirmed that it will become the third manufacturer in the DTM touring car series from 2012, joining fellow German-based marques and fierce rivals Mercedes-Benz and Audi.

The famous brand confirmed that the DTM will be at the forefront of its new motorsport strategy, which focuses on production car models hitting the race track following its withdrawal from Formula One at the end of last season.

BMW reiterated that motorsport will continue to play a leading role in the brand’s plans for the future, with the company’s board signing off on the DTM involvement last week.

“Following the withdrawal from Formula One, the realignment of our motorsport programme is raising our presence in production car racing to a whole new level,” said Dr. Klaus Draeger, the BMW AG board member responsible for development.

“BMW sports and touring cars have achieved success right around the world, and have significantly influenced the brand’s sporting profile right from the word go.

“For that reason, we see it as a consistent step to return to our roots after bidding farewell to Formula One, and to expand our commitment to this discipline.”

The company stated that the ITR, promoters of the DTM series, must meet certain undisclosed basic requirements for BMW’s commitment to come to fruition, but that BMW Motorsport will begin preparations for its DTM entry, expected to be with the M3 model.

It would seem that the ITR will be keen to fulfill requirements, with BMW’s entry to the championship a huge coup for organisers after the withdrawal of GM brand Opel several years ago left the series with just two manufacturers.

Indeed, there are already suggestions that BMW plans to have M3 DTM cars on the grid at some point in 2011 in preparation for a full-blown campaign in 2012. 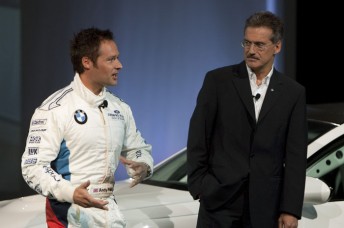 The appearance of the BMW M3 GT2 at endurance races forms another important pillar of BMW’s motosport programme. As is the case this season, in 2011 BMW will contest a variety of races with this car, pictured in this story.

BMW Motorsport Director Mario Theissen, who was the architect of the company’s F1 involvement, said it was important for BMW’s motorsport activities to reflect more closely on its road cars.

“The newly aligned programme offers us many important stages, on which to demonstrate the sporting gene present in BMW vehicles,” said Theissen.

“The planned return to the DTM is an exciting challenge for our team. Over the coming months we will be making all the necessary technical preparations that should allow us to be competitive right from the start should we join the series in 2012.

“Thanks to its great tradition in production car racing, the BMW M3 is predestined to be used as the basic car. In 2011 we will once again be lining up with our BMW M3 GT2, which is contesting its debut season in Europe this year.”

For 2011, BMW is developing a 1.6-litre four-cylinder turbo engine with direct injection that can be used in championships in accordance with the new Super 2000 regulations – such as the FIA World Touring Car Championship.

A new racing car is being developed as a successor to the current BMW 320si for the coming years. How the BMW involvement in the World Touring Car Championship will look beyond the 2010 season will be decided over the course of the year. This year, BMW is competing in the WTCC with BMW Team RBM and its drivers Augusto Farfus of Brazil and British ace Andy Priaulx.

BMW stated that customer programmes will continue to be a major factor in it’s motorsport plans and that it will continue with its Formula BMW open-wheel category for young drivers.

“The fact that seven Formula BMW graduates are currently plying their trade as regular Formula One drivers speaks for itself,” said Theissen.

“That is why we will continue our promotion of young talent from 2011. Over the coming months we will determine precisely what form this commitment will take.”