V8 engineers working from a distance

V8 engineers working from a distance 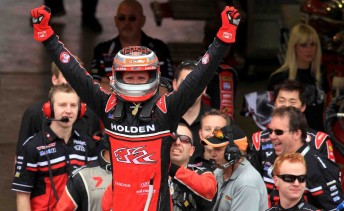 The difference between winning and losing a motor race is judged on the order in which entrants cross the finish line, but rarely is the race actually ‘won’ on the track.

Top-line V8 Supercar engineers have become as valuable, if not more valuable, than the leading drivers that steer the cars around the track.

In some cases, a highly-credentialed engineer can earn a salary well within the ‘six-figure’ mark, depending on their experience and reputation.

Both series stalwarts conduct their regular day-to-day business from their home and only see the team at the race track, a test day, or the occasional visit to the work shop.

In Henry’s case, he is seen as an ‘engineering consultant’ to the four Walkinshaw Racing cars (two Toll HRT cars and two Bundaberg Red cars). Henry’s task is, basically, to ensure the lines of communication between the eight engineers working on the four cars remain open and clear.

“I guess you’d call me the engineering consultant. I run my own business, and I got to the track because they’ve asked me to be at the track, but I’m not a full-time employee,” Henry told Speedcafe.com.au/

“In a race weekend situation, we’ve got eight very, very capable engineers looking after the four cars, and my role is really to liaise between them and make sure they have what they need from each other to make them look after their own equipment.”

Henry says that his part-time status helps him see how the race team operates from a different angle.

“Being able to distance myself from the team gives a fresher set of eyes to be able to be subjective and stand back and say “hmm, what about that” he says.

“If you’re in it all the time, you can gloss over the pointed issues.”

But what do the engineers do? Check out Toll HRT’s short YouTube video below for a behind the scenes look at an engineering debrief at the Australian Grand Prix … (Note: the censored audio is for confidential information – not swearing!)