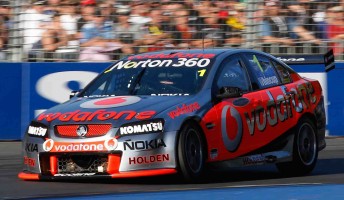 Triple Eight Race Engineering boss Roland Dane says his two co-drivers for the Armor All Gold Coast 600 are amongst the best touring car drivers anywhere in the world.

Owen will drive with Whincup in all three V8 Supercars endurance races (Phillip Island, Bathurst and Gold Coast), while Priaulx will replace Mark Skaife alongside Lowndes for Gold Coast, as Skaife is only signed for the Phillip Island 500 and Bathurst 1000. Skaife will return to the Channel Seven commentary box for the Surfers Paradise race. 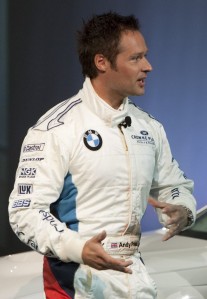 Dane told Speedcafe.com.au that he is pleased with his line-up for the unique international Gold Coast endurance race.

“I’d say both of the co-drivers that we’ve engaged for Surfers – Steve Owen and Andy Priaulx – are the best people that are available anywhere in the world,” he said.

“We set out to get the best and I’m very happy with the outcome.”

Priaulx is no stranger to V8 Supercars, having made his debut in the category in 2002 with the Kmart Racing Team. His impressive form has seen him return for the endurance races on a number of occasions.

Dane says that he has tried to sign the British driver for the V8 enduros in the past, but the Gold Coast opportunity was the first time that it has been possible.

“I’ve known Andy for some time and I’ve always wanted him to drive one of our cars in Australia, but as it turned out, he hasn’t been available,” he said.

“We tried to get him again for this year for the enduros, but by the time he received permission from BMW, we’d already locked in our guys. When the Gold Coast race came up, he was my first choice to get on board. He’s a multiple world champion and I believe he’s right up there in the top echelons of touring car drivers of the past 30 years.

“Obviously, I wanted the best person for our team. That’s why I signed him up.”

While their V8 paths haven’t crossed, their overseas endeavours have. Dane and his Triple Eight UK team (known as Egg Vauxhall) were in fact responsible for giving Priaulx his first touring car chance.

“Andy’s first touring car drive came with Triple Eight in the BTCC in 2001,” he said.

“That year, we entered four cars and one of our drivers had been banned for a driving infringement and we needed a replacement. Andy was very much on our radar. We gave him the drive and he put the car on pole in his very first drive of a touring car.”

Since then, Priaulx has gone on to win a European Touring Car crown, three World Touring Car Championships with BMW and now has the chance of winning the Armor All Gold Coast 600 in October …