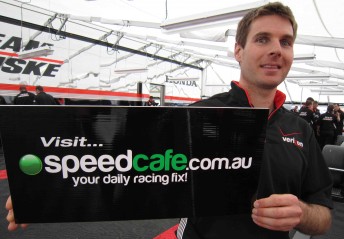 IndyCar Series leader Will Power says he has unfinished business on the Gold Coast streets ­ – and he wants to right his wrongs at the V8 Supercar’s Armor All Gold Coast 600.

The Gold Coast’s favourite son will drive with Ford Performance Racing in the unique two-driver race on the Surfers Paradise streets. He will either drive the Orrcon Steel Falcon with Mark Winterbottom or the Dunlop Super Dealers car with Steven Richards. It is expected that he’ll team with Richards, although championship positions will dictate this decision.

Power qualified on pole for three years in-a-row at the Gold Coast’s Champ Car/IndyCar races and led each race, only to be cruelly taken out by misfortune or incident. 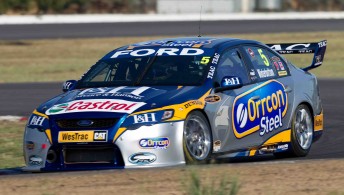 Now, the Team Penske driver has the opportunity to finally get a win on the streets of Surfers …

“I have some unfinished business on the Gold Coast and maybe we can get it done in a V8 Supercar,” said Power.

“I am looking forward to a great season with Team Penske in the Indy Racing League and then having the chance to race a V8 Supercar in front of a Queensland home crowd on the Gold Coast will be the icing on the cake.

“There are so many of us who seriously missed not racing on the Gold Coast last year and it’s great news that the event has survived last year’s drama and will move forward with this unique format.

“There are so many drivers around the world who have asked me what it is like to drive a V8 Supercar, now a lot of them will get their chance to find out.”

FPR team principal Tim Edwards said that Power was the best option for his team for the international V8 race meeting.

“When you look at the available international driver pool, it has been a difficult task signing someone of any decent talent who doesn’t already have commitments somewhere else in the world … so to be able to snag Will is a real coup for FPR,” he said.

“Not many of the internationals have had the exposure to V8 Supercars that Will has, so obviously he’ll have a slight advantage as well as helping us out when it comes to setting up the car for the event.”