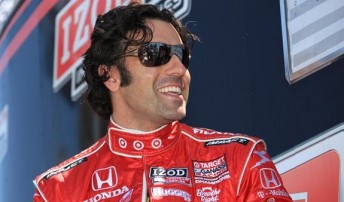 Dario Franchitti has won on the Gold Coast streets before, and he wants to add a V8 Supercars win to his list this year.

The 2008 Indianapolis 500 winner will team up with Jim Beam Racing in the new twin-driver international V8 race at Surfers Paradise, and he says that the chance to add a win at the famous track was too good to pass up.

“To win at Surfers Paradise in both a Champ Car and V8 Supercar would be something pretty special,” he said. 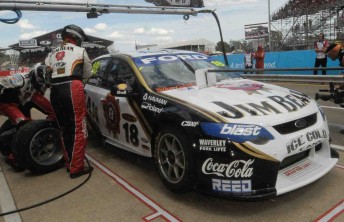 “The Gold Coast event is one of the most special in world motorsports and to have the chance to go back down there and race – in no less than a V8 Supercar – is going to be something pretty special.

“When I was first contacted about the idea, I thought it was fantastic and when the opportunity came up to join James (Courtney) at Dick Johnson Racing, it was the icing on the cake.”

While the DJR team won’t confirm yet if Franchitti will team up with either Courtney or Steve Johnson, whoever he drives with, he’ll be going for the win.

“I have always been a fan of V8 Supercars and I’ve been bugging a few friends in Australia for a drive at Bathurst for a few years, but dates have never fallen in my favour,” he said.

“To be back in Surfers Paradise in a V8 Supercar is going to be cool and there is not one international driver in the field that I have spoken with who is not serious about wining the event – and that goes double for me.”