Power aiming for history at Barber this weekend

Power aiming for history at Barber this weekend 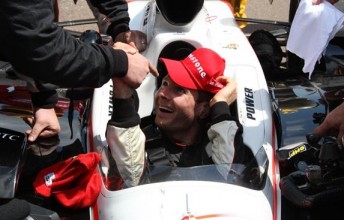 Australian Will Power is shooting for history this weekend in the third round of the IZOD IndyCar Series at Barber Motorsports Park.

The #12 Verizon Team Penske driver could become the first driver in the IZOD IndyCar Series era of open-wheel racing to win the first three races of a season should he greet the flag first at the Alabama circuit.

After his massive practice crash at Infinion in August last year, Power has bounced back in the best way possible, winning the first two races of the season. In February this year, Power made his return to the driver’s seat at Barber Motorsports Park where he topped the open test.

Can Power create his own piece of history this weekend? He was reluctant to make any bold predictions …

“I don’t think you could ask for much better. I don’t think there is anything better than winning. I’m very happy for the Verizon guys, working hard over the winter. And this is my first full season on a good team, so I’m just putting it all together and using my experience over the past four years over here.”

Sam Hornish Jr is the only other driver in IndyCar history to win the opening two races of the season. Hornish Jr achieved that feat in 2001.

But regardless, Power will leave Barber with the points lead. He is 44 points ahead of his nearest challenger (a three-way tie between Justin Wilson, Ryan Hunter-Reay and defending series Champion Dario Franchitti). The most points any driver can gain each race weekend is 43.

Still, Power’s focus remains on taking the remaining 15 events one at a time.

“To win a championship, (you can’t) win two races and then have a heap of bad ones,” he said.