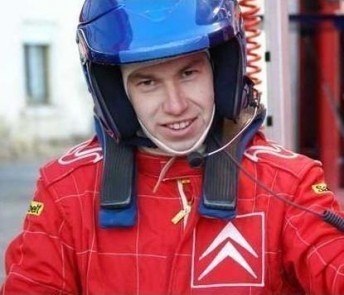 Atkinson has been signed by the Proton R3 Rally team to contest this year’s FIA Asia Pacific Rally Championship in a Satria Neo S2000.

The Queenslander has been on the rally sidelines since Subaru’s withdrawal from the WRC at the end of the 2008 season.

Atkinson has competed at the highest level of the sport, collecting 40 stage wins in the FIA World Rally Championship in four years with the Subaru team. A mark of Atkinson’s consistency comes in the 32 point-scoring finishes he has achieved from 67 starts in the WRC.

Atkinson appeared just once in top-flight competition since the end of Subaru WRC team when he drove a privateer Citroen on last year’s Rally Ireland.

The 30-year-old Australian will join another household name in world rallying, Alister McRae, in what will be one of the strongest driver line-ups for the seven-round Asia Pacific Rally Championship, which starts later this month with Proton’s home event, the Malaysian Rally (24-25 April).

Australian fans will also get to see Atkinson compete at his home event in the APRC – Rally Queensland on the Sunshine Coast on 31 July – 1 August.

He is no stranger to rallying in the Asia Pacific region. He made his name in the FIA Asia Pacific Rally Championship with a debut class win in 2003, when he won the Super 1600 category on three events for Suzuki. It was that performance as well as a fifth place finish at the 2004 Rally Australia in Perth that attracted the attention of the Prodrive run Subaru WRC team.

“It’s a fantastic opportunity to drive the next generation of rally car,” said Atkinson.

“I’m really excited about the year ahead. I’ve tested the Satria Neo S2000 briefly in Britain and it’s a very, very good car.

“I’m looking forward to working with PROTON and Alister [McRae] in the year ahead. To be honest, I can’t wait to get started on the first event.” 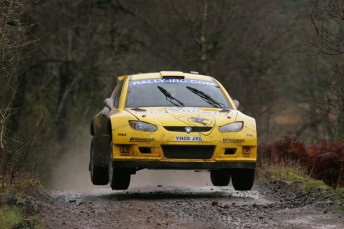 “Chris Atkinson is going to bring another dimension to the team,” said Mellors.

“We’re a real Asia Pacific team now: a Malaysian manufacturer with a native Australian driving one car and a Scotsman living in Australia in the other. There’s no doubt, this is going to be an exciting season for PROTON and all concerned with the programme.

“But, right now, the focus is on getting Alister and Chris more time in the Satria and getting everything ready for our home round of the FIA Asia Pacific Rally Championship.”

The Proton Satria Neo S2000 is the product of an alliance between the Malaysian car maker and British motorsport preparation experts MEM. McRae took second place on only his second event in the car (Rally of Scotland) in December last year.