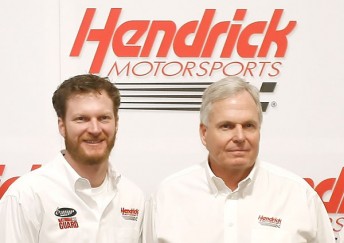 The results of Forbes magazine’s annual list of the highest earning NASCAR drivers and top-valued teams for 2009 has turned up some predictable results along with some intriguing numbers.

Dale Earnhardt Jr topped the list of driver earnings with US$30million in estimated earnings in 2009. While Earnhardt Jr remains the most popular driver in NASCAR, he only managed 25th in the 2009 Sprint Cup Series standings.

While Australian Marcos Ambrose did not make the Top 10, Australia’s BRW magazine quoted Ambrose’s earnings for 2009 at A$5.44million in its annual Top 50 Sports Earners list earlier this year with seventh spot on that listing.

In terms of team values Hendrick Motorsports held its value despite the dire state of the economy in the United States, valued at an estimated US$350million. Hendrick earned a Sprint Cup trifecta in 2009 and boasts sponsorships from companies such as Lowe’s, Dupont, GoDaddy.com, General Motors, Pepsico as well as the National Guard.

The two biggest rivals to Rick Hendrick’s operation, Roush Fenway Racing and Richard Childress Racing, both dropped value, in part due to both losing one Sprint Cup team each at the end of last season, by NASCAR ruling in Roush’s case as that team was forced to downsize to four entries and through lack of sponsorship over at RCR. 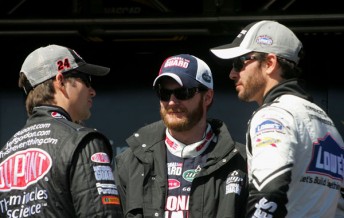 The big mover was Stewart-Haas Racing, which under Tony Stewart’s direction has come from a back-marker to championship contender with front running drivers (Stewart and Ryan Newman), big money sponsors (Old Spice, Office Depot, Burger King and US Army) and consistent front-running results.

The Forbes article noted that the business of NASCAR is riding a rough patch at present but is still holding strong as the second-biggest sport in the US behind the NFL.

“Though NASCAR is still America’s second-most-watched sport on television (next to football), the number of households tuning in fell to 4.6 million per race in 2009 versus 5.9 million in 2005.”

Forbes Magazine’s Most Valuable Teams in 2009