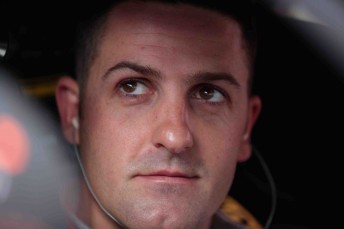 Both Whincup and Tander waited until the end of the session to set their times when their first hot lap was deleted as a red flag was waved as they were about to cross the line.

Despite that, both of the leading Holden stars were able to string together a fast last run to finish the first day of competition on top.

“We come here with a similar set-up that we run in the first two rounds (in Middle East) which was very good. The car feels great. It’s much better than the car I had here last year.

“It’s always good fun around here, and we don’t have to stress ourselves with the non-championship.

Tander was equally impressed with his time, saying there’s more to come from his HRT Commodore.

“The car was very good in practice. We changed the car from practice to qualifying, and it wasn’t exactly as we hoped. We made a small change for the second run and the car was absolutely awesome,” he said.

“I didn’t even get the most out of it. The track changed during that session a lot as well – it really came good at the end.”

Murphy was happy to be inside the top three – especially while he’s still getting acquainted with his Triple Eight-designed Commodore.

“I’m still getting used to it,” Murphy admitted.

“I didn’t get enough laps at Adelaide, but today’s been really good. The car has been on the money straight out of the gate and I’m happy to be sitting here – there’s no doubt about that.”

The only delay in the session when a tyre bundle was moved onto the circuit at the fast turn 12 – the same bundle that the V8s had clipped on numerous occasions in the practice session.

The final grid order will be settled tomorrow at 3pm for the top 10 shoot-out before the first race of the weekend at 6.15pm.