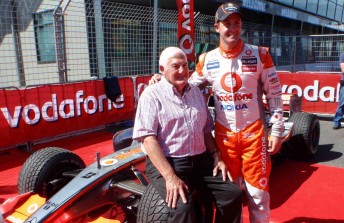 When Jamie Whincup drove a Formula One car for the first time yesterday, there was no prouder man in Melbourne than his dad – David.

Front and centre in the media scrum was David Whincup who could hardly contain his excitement for the occasion. 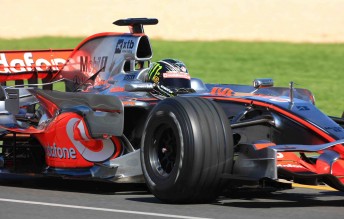 “I don’t know if it was a career goal of his, but it was an experience that he’s always wanted to try, especially after all his friends have done something similar and they’ve told him how good it was.

“It’s fantastic that he’s been given the opportunity by Vodafone. As he said, it was a thrill of his life.”

But what’s the feeling like to see your own flesh and blood live out any racing boy’s childhood dream?

“I was just happy to see how happy he was – it was obviously a thrill for him. Just the excitement that he got out of it. I was excited for him.

“I wasn’t nervous for him. I knew he wouldn’t do anything silly, just for four laps. He’s professional enough to not go out and make a fool of himself and hit the wall. He did a good job.”