Looking back at the 2001 Nationals

Looking back at the 2001 Nationals 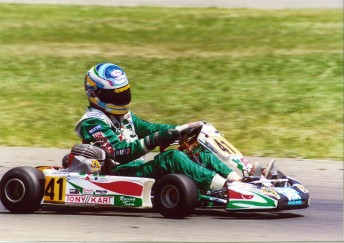 Mark Winterbottom in action during his karting days

At nine days out from the 2010 National Sprint Kart Championships in Puckapunyal, Victoria it is time to focus on the Nationals of nine years ago – the 2001 Championships held at Newcastle, NSW.

It was at these Championships where Mark Winterbottom won his ninth Australian crown while Shane Price led home Tony D’Alberto to break through for his maiden National Championship.

Winterbottom had been signed by the Ford Motor Company as their ‘rising star’ through the Ford KartStars program and as such was juggling commitments in the Victorian Formula Ford Championship and top level karting. Despite this, he still managed to prove superior on his way to victory in Clubman Light at Newcastle in 2001 and claim his ninth national crown.

After qualifying fastest in his Tony Kart, Winterbottom struggled to match the pace of Brendan May and Barclay Holden during the heat races. However, he found the speed when it mattered most to take the win in the final by around two seconds ahead of May and local driver Luke Wood.

“I rate my win at Newcastle as the second most memorable championship of my karting career, obviously my first championship in 1996 is still the best,” said Winterbottom, who now drives the Orrcon Steel FPR Falcon in the V8 Supercar Championship.

“It was a very tough weekend, I remember having to continually adapt my driving style back to racing karts as I’d been doing a fair bit of testing and racing in the Formula Ford.

“I qualified on pole by three tenths of a second, struggled in the heat races, finished third in the pre-final and then made some changes and got all the speed back in the final.”

The rising star backed his win in the Clubman Light class up with a third placing behind May and Chris Cox in Formula 100. 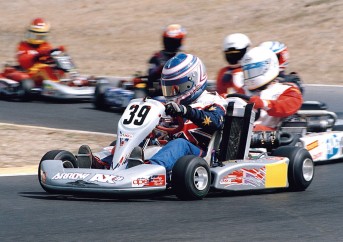 In the Junior Clubman category, the racing was tight at the front all throughout the heat races with the likes of D’Alberto, David Reynolds, Nick Simmons, Ben Small and Price, who qualified ninth fastest, racing in close proximity.

After finishing second to D’Alberto in the pre-final it was Price who showed superior speed in the final to claim his first National Championship by ten kart lengths.

“The heat races were pretty intense, I remember all of us swapping positions lap after lap, no one really had enough pace to pull away,” said Price.

“Tony (D’Alberto) was probably slightly faster than the rest of us in the pre-final but I got a break at the start of the final and was able to slowly edge my way away in the lead.

“It was a real pressure situation and a huge relief when I crossed the line for the win.”

In his first year as a senior, Taz Douglas was on track to secure the win in Formula Australia Light but when he snapped a chain on the main straight whilst he was in the lead allowing Matthew Wall to take over the front running.

“I remember the sound distinctly when the chain snapped, it was just the worst sound in the world at that moment,” said Douglas.

Holding a two-kart length lead entering the final turn Wall seemed certain to take the victory, however, Western Australian Daniel Currey made an adventurous passing move which resulted in the pair crashing out. The demise of the leading duo allowed Barclay Holden, who was over 50 metres behind them, to take the victory.