Looking back at the 2000 Nationals

Looking back at the 2000 Nationals 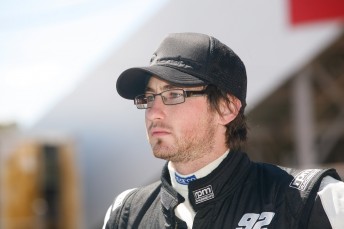 With the 2010 National Sprint Kart Championships being held at Puckapunyal, Victoria next weekend (April 2-4) it is time to look back at the Champions of yesteryear.

At ten days out it is time to focus on the National Championships from ten years ago – the year 2000 where current V8 Supercar drivers Mark Winterbottom, Taz Douglas and Steve Owen were victorious.

A total of 462 drivers assembled across the 16 categories – which included the infamous separation of the Formula Yamaha and Clubman categories and the final running of the Senior Piston Port title.

After winning at the Portland Street Meeting and Victorian Open earlier in the year, Taz Douglas was the favourite for the Junior Clubman crown entering the event and he didn’t disappoint.

The likeable Victorian qualified on pole position, won both heat races and despite a set back in the pre-final where he finished fourth, Douglas drove away with the victory over Ryal Harris in the championship final.

“I was on a bit of a high going into the event, I’d won at Portland and the Viccy Open but knew winning the Nationals would be a tough ask,” said Douglas, who drove an Azzurro Kart powered by McKinnon engines.

“I was confident but then surprised how well everything went, it was a tough field which included guys like Tony D’Alberto, Ryal Harris and Ben Small.

“After winning the Nationals in the second attempt of my career, my good year then continued to win the Junior Blitz Series (the junior category in the Ford KartStars Series).”

It was also at this event where Mark Winterbottom, now driver of the Orrcon Steel FPR Falcon in the V8 Supercar Championship Series, claimed his fourth Clubman/Formula Yamaha Light championship from four attempts.

Winterbottom’s job was made easier in the final when two of his fellow front-runners, Bart Price and Reif Corbett, crashed out with only a handful of laps remaining.

While Winterbottom claimed the Formula Yamaha Light crown from a strong field of 52 drivers, it was Steve Owen, who has since gone on to win the Fujitsu V8 Supercar Championship, who took out his first Australian Championship in Clubman Light.

“We struggled all in practice for the entire week leading up to the event, I remember changing axles, engines and even chassis but then when we finally put new tyres on just before qualifying I was right on the money,” said Owen, who was competing aboard a Monaco kart.

“I qualified on pole by less than a tenth of a second but then I spun on the out lap for the opening heat and started half a lap behind the pack. I got back up to half way through the field and got crashed out.

“I won the second heat to start from 13th in the pre-final. There was a huge pile up in turn one and somehow I made it through, I remember thinking to myself I’ve got nothing to lose so I might as well go for it and just gassed it up.

“By the end of lap one I had passed Lee Uhlhorn for the lead and went on to take the win and start on pole for the final.

“In the final everything went smoothly, I had some great pace and drove away from the field.”