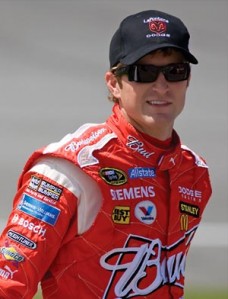 Kasey Kahne has a very busy weekend ahead of him

As if promoting a World of Outlaws race and competing in both a NASCAR Nationwide and Sprint Cup race wasn’t enough, Kasey Kahne will also race in his Kasey’s King of Bulls Gap event on Friday and Saturday night.

Kahne’s late entry to the his own event takes the number of Kasey Kahne Racing outfit to four with he NASCAR star joining World of Outlaws points leader Joey Saldana, Paul McMahon and Brad Sweet in the line-up for KKR.

“I’ve really been looking forward to this race and I figured why not race in it too,” said Kahne.

“Bulls Gap is an awesome racetrack and I’m excited for Friday night. I haven’t raced a Sprintcar since last year and this will be my first Outlaws race in a few years. It will be cool to have four KKR cars competing this weekend.”

It will be the first time since 2007 that the World of Outlaws series has visited the Volunteer Speedway, located just down the highway from Bristol Motor Speedway where the NASCAR races will be contested this weekend.

In seven World of Outlaws events so far in 2010, six different drivers have visited Victory Lane, with Jason Meyers being the only repeat winner. Saldana, Meyers and Jason Sides are the only three drivers that have finished in the Top-10 in each and every race this year. A total of ten drivers have led laps in feature racing competition, while five drivers have won the dash to earn a pole position, with five drivers also having been quickest in qualifying.

Kasey’s King of Bulls Gap Presented By Budweiser is the beginning of the four-race Showdown for the Bud Crown, which includes events on June 16 at Missouri State Fair Speedway in Sedalia, Mo., and July 8 in the Chicago area, where a champion be named and the top three overall finishers will be honoured.