Is Merc’s ride car the first step to V8s?

Is Merc’s ride car the first step to V8s? 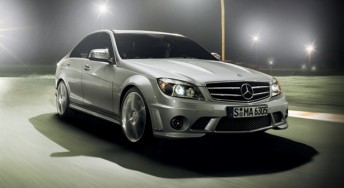 The Mercedes Benz AMG C63 road car that is being transformed into a 'Ride day taxi.' Could it become a V8 Supercar?

Mercedes-Benz Australia will launch a AMG C63 ‘ride-day taxi’ later this month, and it’s said that it could form the basis for a V8 Supercar.

Carsales.com.au’s Stephen Ottley writes that the ride car, built by Brock Engineering (headed by James Brock) is nearing completion at its Melbourne workshop and will be used for AMG drive days at Phillip Island. Former motorcycle world champion Mick Doohan is expected to handle the driving duties for VIPs and customers.

“We’re building an AMG ride-day taxi,” McCarthy said. “When you look at the Car of the Future guidelines there is something we can look at.

Mercedes-Benz has maintained a series of ‘non-denials’ about the idea of competing in V8 Supercars, as the German maker’s headquarters forbid any motorsport involvement from its local operations. However, that does not rule out private entries …

Speculation is rife in the V8 Supercar world regarding more manufacturers joining the V8 Supercars Championship Series, and more official details on the category’s ‘Car of the Future’ will be released on Saturday at a 9am media conference at this weekend’s Clipsal 500.