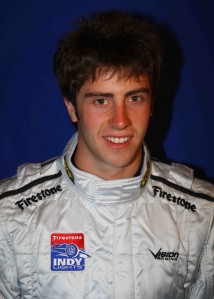 James Davison is in Denver Hospital recovering from injuries sustained in a snowboarding accident.

The Australian, who finished second in last year’s Indy Lights Series, was rushed to Denver Hospital and placed in intensive care with life threatening internal bleeding and a lacerated spleen after the accident at Winter Park, Colorado.

Davison was skiing with Tony George and his family.

His condition has improved over the past hours and the doctors are pleased with his progress.

Jon Davison, father of James, told Speedcafe.com.au that he should be out of hospital in the coming days.

“James went skiing in Colorado and he came unstuck,” he said.

“He’s told me that he didn’t even crash hard, it was just the hard ice he landed on. It was a bit of a shock when we first heard but the whole family is glad that he’s OK.

“He has bruised his spleen, but he’s under the guidance from the top surgeons from the IRL to ensure the correct treatment is provided. The George family immediately called the IRL surgeons who have liaised with the Denver Hospital. He’s in good hands and I can’t be more thankful to them all.

“He should be out of hospital by Friday.”

The accident has not affected Davison’s racing aspirations, as he did not have a confirmed drive for 2010, but Jon Davison did tell Speedcafe.com.au that James is still keen to secure a drive in this year’s Indianapolis 500.